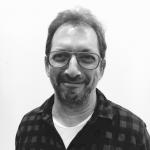 Brian is a teacher and teacher trainer from London, England. He has been teaching English to speakers of other languages since 1988 and teaching on CELTA courses since 1995.

Brian is a teacher and teacher trainer from London, England. He has been teaching English to speakers of other languages since 1988 and teaching on CELTA courses since 1995.

Born ‘within the sound of Bow Bells’, Brian is a true Cockney. He also regards himself as a veritable Muswell Hillbilly, sharing that honour with the Kinks, Fairport Convention, other pop stars and a great number of British actors. After leaving school, he did a Diploma in Theatre Studies at Rose Bruford College from which he obtained qualified teacher status and an apprenticeship in acting.  He then became an actor and supply teacher in secondary schools in inner London until 1977, when he accepted the post of full-time Lecturer in English and Communications at a College of Technology. He has been with Oxford House College and Teaching House since May 2010.

How did you get into teaching English?

In the late 80s I decided I wanted to do something more meaningful and, with the help of a grant from the E.U’s inner-city development fund, did an initial training course in EFL (CTEFLA, the equivalent of CELTA).

Where have you travelled?

My grandparents came to the UK from eastern Europe a century ago and I have relatives (who I am still discovering!) in every continent who speak many languages. I have had an interest in other cultures since childhood.

I have lived and worked in Madrid, Spain. My travels have extended from Denmark to Greece, from Turkey to Portugal, including France, Italy, Holland, Belgium, Croatia… As a family, we travel to Morocco every year and have also been to the French-speaking part of Canada.

When did you realize English teaching had become a career for you?

When I arrived back in England after my stay in Madrid I decided to settle. I had to take teaching a little more seriously and set aside a year for part-time study on the DTEFLA (DELTA) course. It was only later that I could say that teaching and teacher training had become a career.

How has travel changed you as a person?

It was only by travelling that I learned about the variety of perspectives from which this world can be seen. Our languages and our cultures have a profound effect on our attitudes and behaviour. To say that travel ‘broadens the mind’ is too sweeping; it provides you with plenty of opportunities though.

What qualifications did you get to advance your career in TEFL?

I got my DTEFLA in 1994 and did several short courses after that. In 2007 I heard about the EVO CALL-IS courses which are run as part of the TESOL conference in the USA. I became a ‘webhead’.  I recently took a course in e-moderation, which I hope to be taking advantage of in the near future with online/blended CELTA courses.

What led you to become a CELTA teacher trainer?

It seemed a natural progression from the diploma, a chance to pass on to others some of what I had gathered on the DTEFLA and through my experience.

What advice would you give a trainee about to start their CELTA?

Take a deep breath and totally immerse yourself in CELTA for a month. When you come out at the end you’ll be smelling of roses! Be prepared for an emotional roller-coaster.

What advice would you give to people looking to travel the world teaching English?

There are very few opportunities people have to travel and find meaningful employment. We are lucky, as English speakers, that so many people want to study our language. Take an interest in the languages and cultures of the places you go to and find out what you can before you travel. If you don’t have a job to go to, don’t arrive on public holidays!  You might be subsidising your stay for a while.