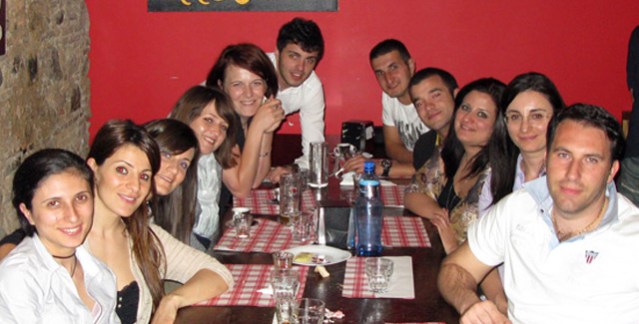 When I lived in Puglia, Italy, in my first year as an EFL teacher, I used to have a twice-weekly class with a group of five 15- to 18-year-olds. They were one of my most entertaining groups, and I used to enjoy the lessons to no end. However, when it came to teaching them anything, they were experts at diverting to the subjects that they wanted to talk about, rather than the things that I thought we should have been covering. To show you what I mean, take a seat in the back of my classroom and let’s play a little game of “Spot the moment of no return for Kate.”

A brilliant lesson idea, I think

I start by recapping past continuous vs. past simple, which we covered in the previous class, and illustrate it by playing the song Don’t You Want Me? by Human League and getting them to complete the text. (“You were working as a waitress in a cocktail bar, when I met you.” Perfect!) They enjoy this, but the moment the song finishes, there is a flurry of Italian. This often happens when the weaker students are trying to work out how to say something in English. Given that they are still at the stage of direct (mis)translation, this makes for some amusing sentences at times. “You do me? Yes?” Er, no…

I listen in, and catch the words “macchina” and “cimitera.” I must be pulling a horrified face — cars and graveyards are not, as a general rule, things you want to hear linked together in a sentence — as when they look at me, there are gales of laughter, and they switch to English.

“What religious you?” This isn’t what I was expecting, and the expression on my face changes from one of horror to that of confusion. They interpret this as me not having understood the question, rather than not being able to follow their trains of thought, and launch onto another tack.

*Mime of smells and bells action, along with blessing and singing*

“Oh, you mean priest?” I say, writing the new word on the board. The students diligently copy it down.

You have to admire their tenacity. They may not have much vocabulary, but they know how to get their point across with what they do have. We go on to have a short discussion of Roman Catholicism vs. Church of England/Anglicanism. This is a minefield, as I’m not one hundred percent sure of the ins and outs of the various strands of Christianity either, but I manage to teach them that Church of England priests are called vicars and, yes, they can get married.

Federica, the girl leading the discussion, has surprised me with her chattiness since normally she sits in silence in the corner, chewing her lip and alternating between looking terrified and vacant. Getting her to make English conversation on random subjects is heaps better than getting nothing from her at all. So I mentally abandon the rest of my lesson plan.

Federica continues: “In classroom, you like crucifix?” (she pronounces it croo-chee-FEEK-sa, and is accompanied by Eleonora jumping in excitedly with a translation – “Cross! Cross!”) I’m still not sure where they’re heading with this, and Federica giggles at the mystification on my face before carrying on. “Because in Italy, is big problem. Croce …” – (Cross! Cross!) – “Er, yes, cross in classroom. Teacher no like. You like?”

Five teenage faces look expectantly at me, waiting for my answer. I give a nervous giggle and mumble, “Er – they’re fine?” This isn’t what Federica was looking for. She jabs her forefinger at me as she repeats her final words with emphasis, nodding and grinning as she does so. “You like?” Backed into a corner, I go for the fence-sitting option. “Well, I don’t mind them …”

As it comes out of my mouth, I realize my mistake: trying to explain the niceties of ‘like’ vs. ‘don’t mind’ along with the vagaries of religion may just be more than I can cope with all in one lesson. Luckily, it passes them by. Phew. They are now far more concerned with trying to establish why, if I like crosses, there isn’t one in the classroom. This is easy – I can blame it all on the boss. Hurrah!

Or so I think.

Federica’s brow crinkles. “But – boss Italian, no?” Oh. Well, yes. Yes he is. “He teach religious at Cambridge, no?” That’s a new one for me, but I suppose it could be possible. “I don’t know – maybe he did …?” They seem convinced of this fact, which is, of course, lending weight to the argument for a crucifix in the classroom. I’ve lost the thread again, and stand there feeling like a spare part, unable to contribute anything to the discussion at this point. But it doesn’t matter; they’re more than happy to argue it out amongst themselves.

After some wrangling, they decide that it’s because this is just the way classrooms are over there in the UK. “You no learn religious in England, vero?”

This is when the idiot in me decides to be honest. “Well, actually, yes we do. I went to a church school …” There is an incredulous “Sì?!” from all of them. “And my brother’s wife is a…”

I knew it was too good to last. Ettore, who has been unusually quiet for the last five minutes, chimes in. “Brother’s wife?” I curse my carelessness for using the possessive s — the downfall of pre-intermediate Italian students everywhere — and revert to a structure he’ll understand. “Er, yes, the wife of my brother.”

Ettore shakes his head with a blank expression on his face. “Wife?” Oh sweet lord. This is getting complicated. Luckily, the girls are on the ball. “Siiiiii, Ettore! Che stupido sei! ‘Wife’ è ‘moglie’! Quindi è la cognata di Kate.” Ah, yes! Cognata! I knew I knew how to say sister-in-law. Oh, to be able to recall the crucial word at the right moment…

Having got the family vocabulary stumbling block out of the way, I reveal that Leila is, as well as being my sister-in-law, a religious studies teacher. This is almost too much for my students to take. Religion? In England? In SCHOOL? Mama Mia! They are crestfallen to find out that Leila educates children about all religions, not just Christianity, but their curiosity has been satisfied: religion does exist in England, despite its heathen reputation, and Kate doesn’t have any major objection to crucifixes, unlike the Italian government. We can now move on to Eleonora’s favorite subject: teasing me about Alex.

A few weeks ago, again, in one of the class’ distraction maneuvers, they started to ask me about myself, and discovered that another teacher Alex and I are also flatmates. This resulted in a hilarious exchange in which Eleonora asked me if I “wash Alex slips”? I misheard this, and thought she was asking if I watch him sleep. Confused as ever, I asked her to repeat her question. When I still didn’t understand what she was asking, Ettore, with a grin, flashed the waistband of his CK underwear. “Slips! You wash?” Yet another occasion when I have found myself doubled over with laughter at the unpredictability of my students.

I may not wash Alex’s underwear, but Eleonora is nonetheless convinced that there’s something between us. She’s taken to popping her head around the door of his classroom before lessons and saying hello to him, accompanied by a cheeky wink and storms of giggles. I think he may also get a “Hello, baby!” at the end of class, as I do. With ciao meaning both “hello” and “goodbye,” lower level students often get confused. I always reply with “Bye-bye!” but the not-so-subtle hint isn’t getting through.

One of these days, I’ll be a good teacher and point it out properly; in the meantime, it’s just so cute. 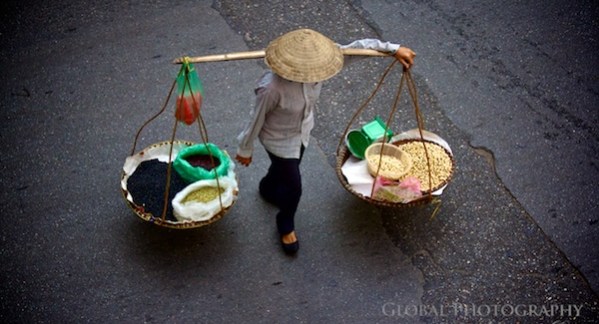 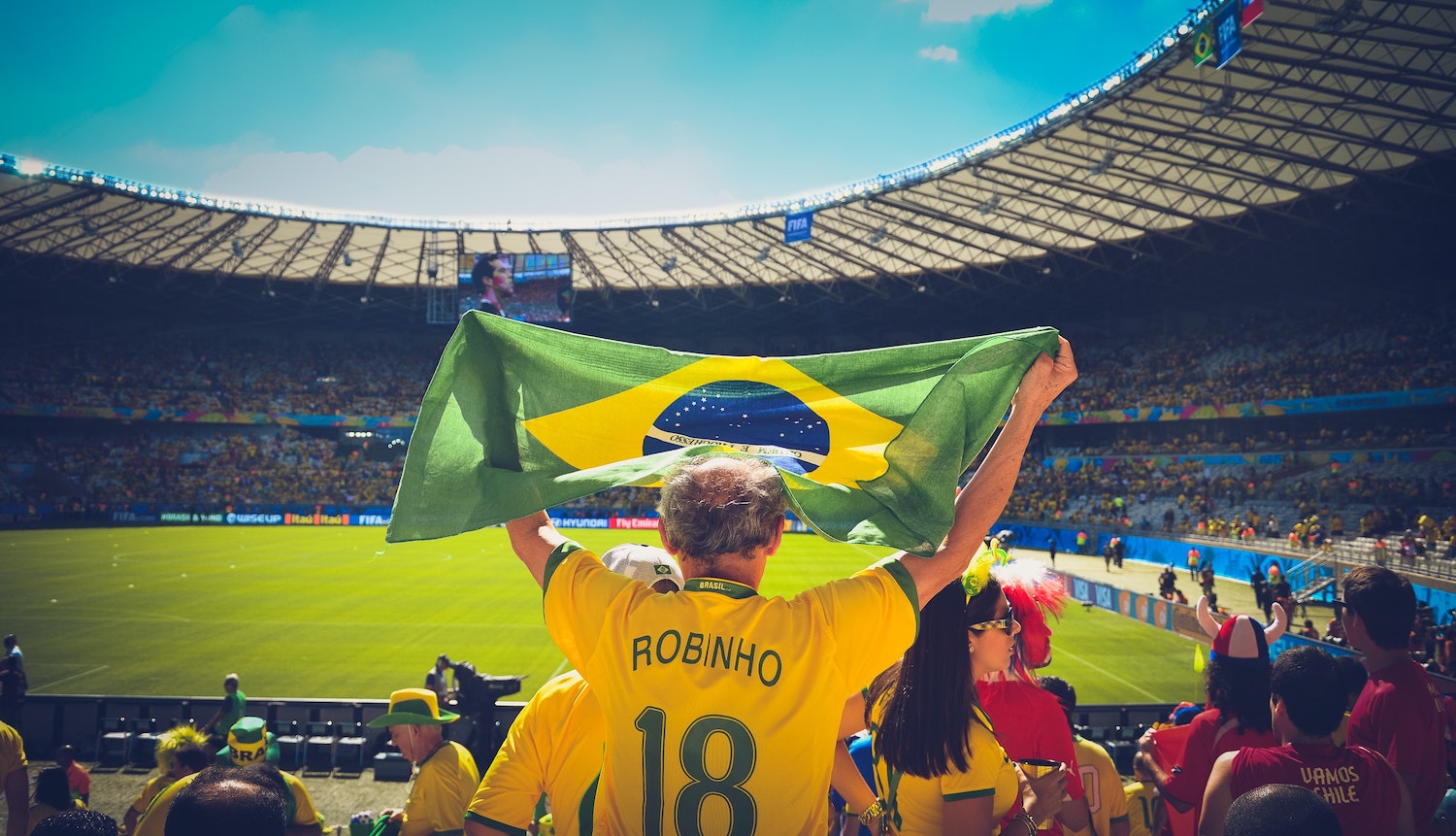 Things to Know Before Teaching in Brazil